I specialize in helping people with Big Ideas and not-so-much-action. In other words, creative people, neurodivergent people, people who “think different” as the Apple commercials used to say.

Many of my clients are entrepreneurs, artists, musicians, marketers, coaches, or other creative people. I myself am autistic with ADHD tendencies and struggled for many years with starting, focusing, and finishing my creative projects.

When my wife was in grad school for User Experience Design (UX), she did a research project with me and some of my creative friends. We were trying to figure out exactly why people like us struggle so much with productivity.

What we discovered was that there were breakdowns at every level. It wasn’t just one thing, but many things. And this lead me to understanding exactly why traditional productivity advice fails so many of us creatives.

Most productivity systems are built for neurotypical middle managers in corporate jobs, the kinds of people who can afford $2000/hour productivity coaching. So these systems assume you can already easily start, focus, and finish your most important tasks.

That is a terrible assumption when it comes to creative weirdos who generate lots of ideas and have challenges getting started on them, focusing long enough to make progress, or completing them due to perfectionism and fear of negative feedback from others.

It’s like telling someone who has a car with a broken engine to just push the gas pedal harder. This is why I call starting, focusing, and finishing “The Productivity Engine.” Before the other productivity systems will make sense, you’ve got to get to the point where it’s easy to start, focus, and finish.

With the learning we gained from the user research, combined with my training in hypnosis and Neuro-Linguistic Programming, I was able to largely resolve my own problems with starting, focusing, and finishing.

Creative people require creative solutions. I coach creative people like you to resolve your productivity problems. Together we will design a unique system that works for your brain. Imagine what you could do if starting, focusing, and finishing were no longer a problem!

I’ve been helping people make change automatic since 2003 when I first became a coach.

Most of my skills were acquired initially through self-study and informal mentorship. I had many of my own problems including debilitating anxiety so I desperately sought solutions.

I was about as resilient as an eggshell. But eventually after years of obsessively reading hundreds of books on personal development and spirituality, listening to many audio programs, walking across fire and joining and escaping two cults, I stumbled upon some methods that actually worked.

In 2008 I began working for two of the greatest trainers in the world in Neuro-Linguistic Programming, Steve and Connirae Andreas. In addition to doing online hypnosis, I continue to work for Connirae after Steve passed in 2018.

I’m a Certified Professional Hypnotist through ICBCH, and a certified Hypnotic Coach and HNLP Master Practitioner through “The Intelligent Hypnotist.”

I use a variety of methods from coaching, hypnosis, neuro-linguistic programming, and more to make change automatic.

My initial NLP training was through NLP Comprehensive, the company Connirae and Steve founded many years before. My approach to change work is deeply influenced by the wisdom, technical skill, and kindness of the Andreases.

Since then I’ve attended many trainings such as Core Transformation, Coming to Wholeness, Metaphors of Movement, The Advanced Mastery Training, taken many online trainings, and sat in on dozens of conference presentations with the best trainers in the world.

I’ve also taught at some of the top hypnosis conferences such as HypnoThoughts Live, American Clinical Hypnotist Examiners, and the ICBCH Winter Hypnosis Conference, to rave reviews. In 2020, I developed and taught my own training called “The Eye of the Storm: 2-Day Resilience Training” in Stockholm, Sweden to the Swedish NLP Society.

Years ago I taught Ericksonian Hypnotherapy and an NLP Practitioner Training at the Denver School of Hypnotherapy, where some students said I was their best teacher. That was my first time ever teaching NLP — I’m a lot better now. I’ve also taught with the iNLP Center.

One NLP trainer called me a “rising star in NLP,” but I’d rather be grounded and down to Earth. As with all humans, I still have much to learn.

Before becoming a hypnotist, I was involved in two cults. I wouldn’t recommend it.

Now I regularly speak out against toxic groups and the leaders of such groups that cause emotional, financial, spiritual, and sexual abuse. That doesn’t win friends and influence people, but it’s the right thing to do.

In college I studied philosophy, ethics, and cognitive science at Lawrence University, known as “The Ivy League of the Midwest.” I consider hypnosis and Neuro-Linguistic Programming to be applied cognitive science.

In college I received an award for the top senior philosophy student. My professor said I was picked because I questioned B.S.

Because of my philosophy background and being a naturally skeptical person, I don’t do “past-life regression” or other woo hypnosis. But as a pragmatist, I also don’t confine myself to methods that have already been proven in double-blind, placebo-controlled peer-reviewed studies.

I think we can do low-risk experiments and discover things that work even better. And people are so unique that often what works for one won’t work for someone else, so it helps to be flexible.

In my 20s I also did a number of 10-Day Vipassana meditation courses and a whole lot of “Friday Night Dance Therapy.” These got me deeply in touch with my bodily sensations, as did taking up strength training and yoga (neither of which I’m any good at).

Through meditation and dance I experienced both deeply relaxing and incredibly ecstatic trance states.

Later over several years time I did hundreds of self-guided sessions of Core Transformation, a profound and healing technique developed by Connirae Andreas.

Since then my baseline emotional experience has been a lasting sense of well-being. And now research has now been published on Core Transformation, confirming its effectiveness.

I’ve continued to refine and experiment to see what works so I can share with others the most effective ways to become resilient and centered, including creating some of my own methods such as my Rapid Centering Technique.

I’d like to make your journey easier than mine was. One place to start is with my Free Resilience 101 Course:

Get Your Free Resilience 101 Course

May all beings be happy and free from suffering. 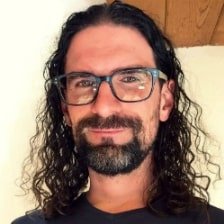 Plus other tips by email.
Unsubscribe anytime. No spam.